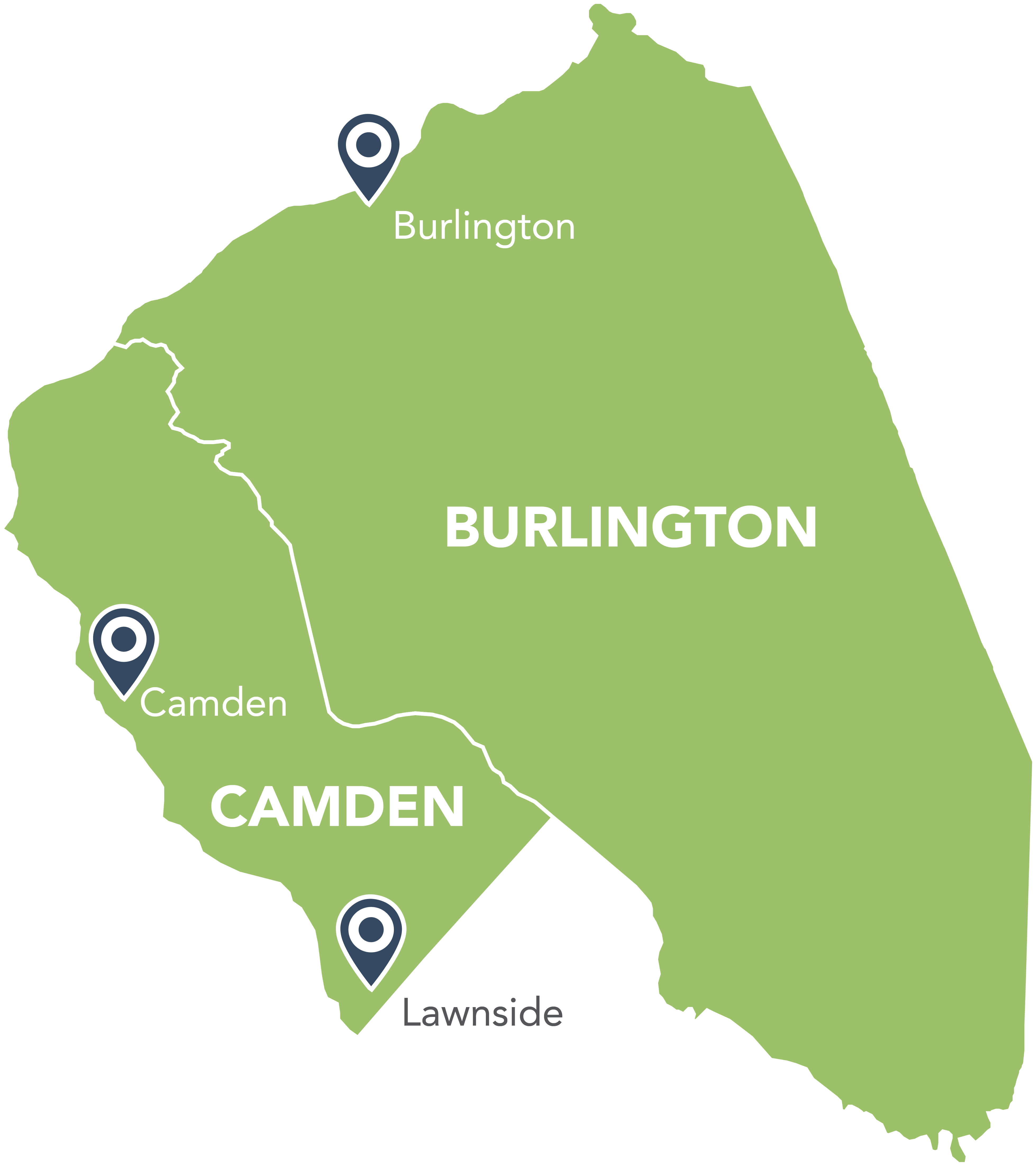 Head to Lawnside, steeped in history as the state’s most significant and largest Black community, established during the late-1700s and initially known as “Snow Hill” and then “Free Haven.” On land purchased by abolitionists in 1840, Lawnside became the first incorporated, self-governing Black municipality north of the Mason-Dixon Line.

Tour the circa-1845 Peter Mott House, once owned by a free Black farmer and pastor who operated an Underground Railroad station in his home.

Reflect at Mount Peace Cemetery, formed in 1890 for Black community members excluded from “whites-only” cemeteries. Buried here were enslaved people, freed Black people, many Civil War veterans (including Medal of Honor recipient John Lawson) and veterans of the Spanish-American War, World Wars I and II, and the Korean War. (Address: 329 White Horse Pike, Lawnside, at the intersection with Mouldy Road)

Nearby, stop at Ferry Avenue and Charles Street, where Butler Cemetery was founded in the 1800s by Dempsey Daniel Butler (a wealthy Black businessman, philanthropist and abolitionist) as a resting place for Black individuals, including local US Colored Troops veterans of the Civil War. (Location here)

Called "the Cradle of Emancipation," Burlington County possesses an outstanding Black historical presence and a number of sites, especially in Burlington city itself. Make a thought-provoking day of Burlington County’s self-guided African-American history tour, with many of the 16 stops linked to the Underground Railroad.

You’ll find sites like the historically all-Black settlement of Timbuctoo and the Oliver Cromwell House, home of the decorated Black soldier who fought under George Washington in the American Revolution and was by his side during the famous crossing of the Delaware River.
Download Itinerary