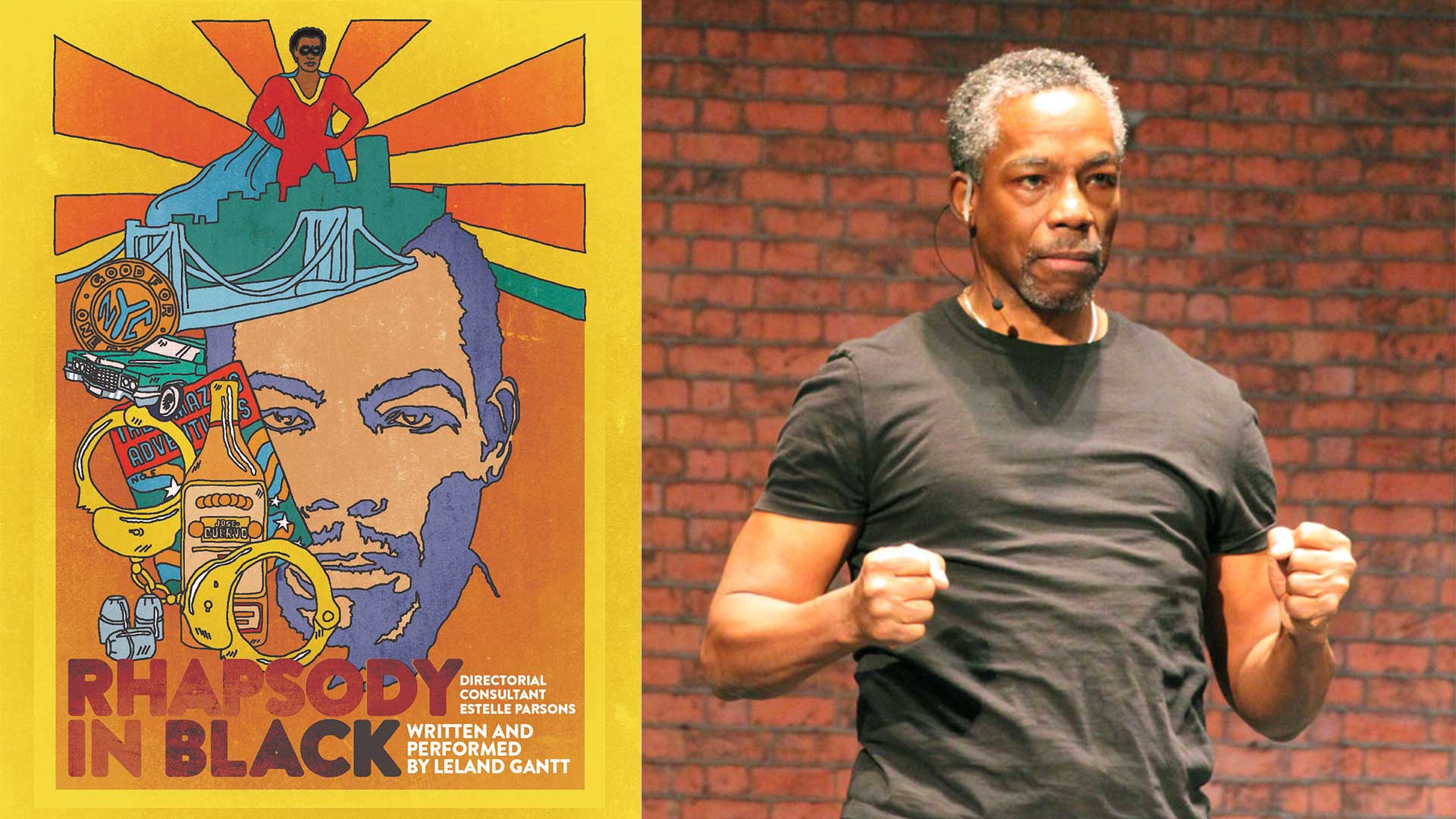 Written and performed by LeLand Gantt and developed at NYC’s Actors Studio by Estelle Parsons, Rhapsody in Black is a one-man show that explores LeLand’s personal journey to understand and eventually transcend racism in America. We follow his life story — from an
underprivileged childhood in the ghettos of McKeesport, Pennsylvania to teenage experiments with crime and drugs to scholastic achievement and an acting career that land adult LeLand in situations where he is virtually the only African-American in the room.

His efforts to cope with the various psychological effects of consistently being marked “The Other” is recounted in remarkable and exquisitely moving detail, guaranteed to leave lasting impressions. Multiple elements combine to give Rhapsody its super-powered emotional punch, many of them concentrated in the incredible persona of its star.

Charming, self-deprecatingly funny, linguistically awesome, LeLand Gantt imbues every word that falls from his mouth with all the passion and poignancy of a preacher speaking the Gospel. This is partly because he’s confronting heavy subjects, but mostly because he believes so firmly in his message that it’s impossible for it to emerge any other way. In his own words, “Objective truth strikes a chord.”
Top